Arsenal's defensive frailty: Is January the time to spend? 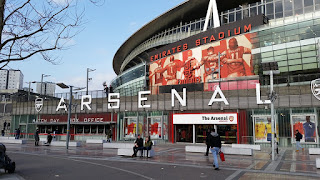 As Arsenal’s injury list grows, transfer speculation thickens. Although Arteta’s return to life at the Emirates as been on the whole positive, the Gunners still need rearming if they’re to become the powerhouse they used to be.
It has been a quiet first half of January in North London and with the club having splashed the cash in the summer window, it remains unclear as to whether any new faces will appear this month. Arteta has now had five games in charge and with his arrival has come a philosophy that pleases players and fans alike. The consistency of Arteta’s lineups and the u turn in morale of first team regulars presents the club to be in a more comfortable state. However with injuries and rumours, Arsenal are lacking depth and this can separate the top sides from the rest.
The season ending injury to Calum Chambers and Dinos Mavropanos’ loan move to FC Nurnberg has provided Arteta with a challenge early into his managerial career. Arsenal’s defence had been under constant criticism throughout Emery’s tenure and it is only in the past few weeks when Sokratis and David Luiz have displayed their experience at centre back. At times Arsenal have been forced to play with no recognised full backs as Ainsley Maitland-Niles and Bukayo Saka cover the recovering Hector Bellerin and Kieran Tierney. Arsenal’s defence is riddled with injuries and the uncertainty surrounding the fitness of many has led to rumours circulating around the club. Sead Kolasinac has looked a revived figure under Arteta but with interest from Roma and rumours coming out of Arsenal regarding Layvin Kurzawa of PSG, his role seems to be on the demise. In the summer Arsenal fans saw the club spend big and with the arrivals of Kieran Tierney and David Luiz, their defence seemed more structured than ever but the reality soon became very different. Despite the fact that Arsenalhave looked more comfortable at the back under the Spaniard, there remains fears of inconsistency surrounding the backline. Kurzawa is available on a free transfer in the summer when his contract expires but it is believed Arsenal are keen to do a deal to bring him to the Emirates Stadium this window.
The departure of Mavropanos came as a shock considering the low number of options Arteta has at his convenience in defence. Starting his managerial career in the January transfer window allows Arteta to put his mark on this team and further implement the philosophy he wishes to follow. Rumours have circled around in regards to Arsenal and centre backs with John Stones rising to the forefront. Arteta worked with Stones whilst at Manchester City and is known to be a fan of the Englishman. John Stones has the ability to play the ball with composure, but his defensive ability can be questioned. Arsenal’s reported interest is for a six month loan deal which poses the question of whether Arteta sees Stones as a solution for the instability of Arsenal’s backline concerning injuries and consistency.
Another big name rumoured with Arsenal recently is Jerome Boateng, who is seen as a cheaper option to £50 million rated Dayot Upamecano from RB Leipzig. Jerome Boateng is a household name and has made a name both domestically and internationally with Germany but is he the right man for the Gunners? According to Sky Germany, the player has told Bayern Munich that he wants to leave this month and the report claims the Gunners have entered discussions with the Bundesliga club, who are holding out for a £12.75 million transfer fee. There is no hiding the accomplishments that Boateng has managed during his career, but at 31 years old it comes across as a panic buy for the North London outfit. This is in contrast to Dayot Upamecano who is much younger and very highly rated, however with no experience of Premier League football it is hard to predict how he would fair. With William Saliba coming back from St Etienne at the end of the season Arteta has a problem to resolve. It has been made clear that with the spending in the summer Arsenal were set to have a quiet window this January, but with injuries they may be forced into securing depth to see out the season. Upamecano’s price tag is unrealistic for Arsenal this window and with RB Leipzig currently sitting top of the Bundesliga he is unlikely to move this month. It looks like Arsenal will ‘play it safe’ to avoid any panic buys that would come with inflated January prices and the potential to upset Arteta’s new philosophy.
Arteta faces a huge decision this month. Could it become one he regrets? Arsenal need to find a solution and Arteta has been thrown in at the deep end but this is the month where we could see Arteta make his stamp on the Arsenal team he wants to create.
Arsenal Luke Martin Premier League Transfers