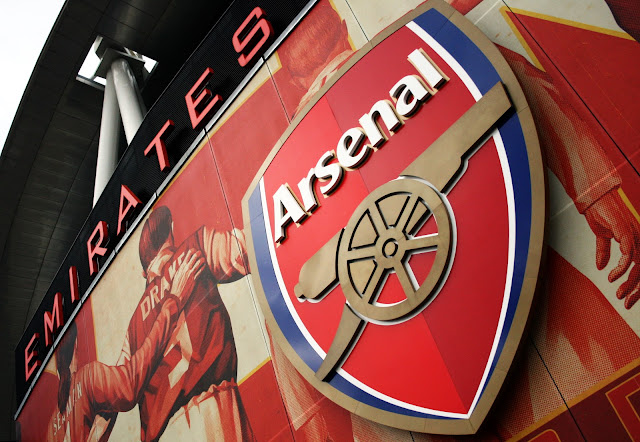 Mikel Arteta’s appointment as Arsenal manager was met with divided opinion across fans. A manager in the making or highly inexperienced? Has being the apprentice of one of the greats facilitated Arteta to revive the misfiring Gunners?
Arsenal’s first half performance in the FA Cup tie against Championship leaders Leeds United presented a similar story of confusion and a distinct lack of desire experienced under Unai Emery. An experienced tactician and proven trophy winner, it remains a mystery how Emery failed to provide Arsenal with a default system and ultimately lost the faith of all involved with the club. Arteta has dispelled arguments suggesting some players are uncoachable and has reignited a belief in leadership that went missing after the departure of Arsène Wenger. Despite taking over entering the busiest period of the English footballing calendar, elements of consistency have risen to the foreground and Emery’s absent foundation has been exposed.
Mikel Arteta following the 1-1 draw away at Crystal Palace - “I asked them to go 100 miles per hour to chase the ball, to be very aggressive when we didn’t have it, to win it back as quickly as possible and they tried to do that”
A fracture between the team and the fans has been at the heart of news surrounding Arsenal, stemming from unenthusiastic performances leaving them in only a battle with themselves in the middle of the Premier League table. Arteta has reignited a sense of pride from fans and players alike and with a new decade comes the beginning of a new chapter at the Emirates.
For the first time since Arsène Wenger there is a consistency surrounding Arsenal’s lineups. Arteta has not hesitated in outlining his ambitions to return to the style of play that he knew when the pivot of a flourishing Arsenal attack. With fans forever holding on to the key characteristic of Arsenal being their slick possession based game, the team appear to have more freedom in their play, especially Mesut Özil. The evolution of 4-3-3 in the Premier League has lead the number 10 position to become increasingly scrutinised in recent years. There is no doubt surrounding Özil’s ability on the ball. You just have to watch his goal against Ludogorets again to remind yourself, but his schoolboy work rate lends him to be criticised for not aiding the team and becoming an even better player. Step up... Mikel Arteta. Former teammates, Arteta knows the importance of Özil to Arsenal. In what on paper is a 4-2-3-1, Arsenal’s recent lineups have allowed the German more freedom and time on the ball. The structure at the heart of the pitch with Xhaka and Torreira as a backrest means Özil looks more composed and relaxed than Emery ever allowed. Özil looks set to play an important role for Arteta and once again become the key to unlocking the opposition that seemed untouchable.
Travel back to the early 2010s and you’ll see Mikel Arteta at the heart of the Arsenal midfield. A composed pivot enabling a vibrant attack. Now remember the 2nd of December 2018, a thrilling 4-2 victory for the Gunners in Lucas Torreira’s first North London Derby. Arteta has the chance to unleash the full potential of the Uruguayan as he begins to facilitate Arsenal to be comfortable in possession and return to their old virtues. Like Özil, Torreira was alienated under Emery but is now fundamental in helping the Gunners play with ease out from the back, a trait noticeably lacking in his absence. Arsenal’s dominance in the first half against Crystal Palace highlighted the ability of the rejuvenated set up to control games with the ball. Furthermore, the U turn of Granit Xhaka from the home match against Crystal Palace to the weekend provides an image of stability and belief in Arteta. Set to join Hertha Berlin just a few weeks ago, Xhaka seemed certain to leave but in previous matches alongside Torreira, Arsenal’s midfield looks comfortable and more structured. A sign of things to come hopefully.
The squad appears more comfortable, even the erratic David Luiz appears to have a sense of composure in breaking lines with simple passing or his long balls when the opposition press high. With the most touches, passes, long balls and clearances since Arteta’s arrival the improvement is clear. Luiz has become the bargain that some imagined at around £8 million. He is inconsistent but a world class defender on his day and Arteta’s philosophy has started to prove that he can still perform in a relaxed manner on the big stage. However, Arsenal’s search for a centre back continues and with the injury suffered by Calum Chambers and Dinos Mavropanos’ loan move to FC Nurnberg, there is a lack of depth in defence, an issue that needs resolving. The January window gives Arteta an opportunity to make his stamp on the team and further highlight his vision for this Arsenal squad.
In just five games Arteta has proven the point that he deserved the chance and that he was ready. Now he has the chance to come out from Pep’s shadow, make his Arsenal team and put them back on the world stage. With Pierre-Emerick Aubameyang suspended for the next three games Arsenal may be without their captain and talisman, but with Arteta in the dugout Arsenal look set to fight to be back where they belong.
Arsenal Luke Martin Premier League