‘Show Racism the Red Card’: Anti-Racist activism in the world of football 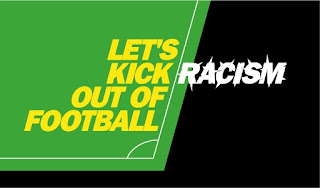