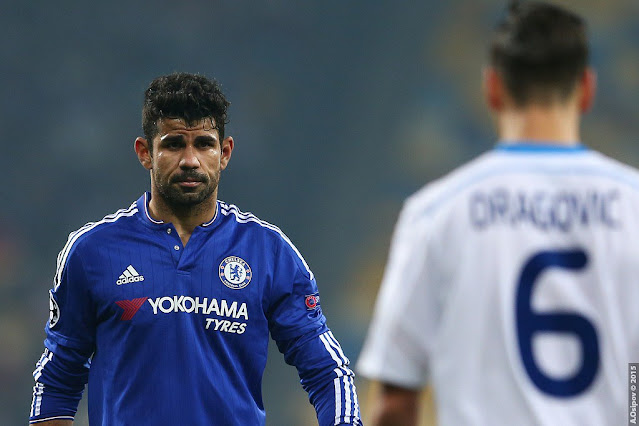 Oscar Wilde once said 'Rugby is a game for barbarians played by gentlemen. Football is a game for gentlemen played by barbarians.' In an uber-digital age dominated by memes and trending dance moves, the gentrification of football has threatened the very soul of the old-fashioned bruiser contests that were part and parcel of the game, leading to one of the game's greatest characters coming close to extinction.

The football hard man is a symbol of passion for fans. A symbol that has seemingly diminished in recent years. Bitterness, distaste and full blooded tackles were what drew fans into stadiums and that 'Welcome to England son' feeling when a teams new signing was crunched in the opening minutes elevated the Premier League to the beloved status of the most physical league in the world. Players like Roy Keane were commended by managers, fans, and all those involved, for their tenacity and desire. Boisterous tactics such as those deployed by Wimbledon’s Crazy Gang were often viewed negatively but the capability to gain an upper hand never failed to impress fans. Images such as Vinnie Jones getting a little too close with Paul Gascoigne or Terry Butcher’s blood soaked shirt are iconic in representing taking the next step in order to win. However, the modern environment subdues the physical side of the game and the archaic role of football’s hard man has been extinguished.

The game’s gone soft. Phil Neville highlighted the fading physical side of football: “We don't tackle as hard as we used to - 10 or 15 years ago when I was faced with a tricky left winger the first thing I had to do was boot him up in the air.” 15 years ago a fight between teammates Lee Bowyer and Kieron Dyer on the pitch struggled to make the second paragraph of a report, whereas now it would surely be headline news. Today, Jesse Lingard is praised for moon walking at the Emirates, a perfect moment, as Dennis Wise told a group of young players, to 'put him in that f*cking row over there'.

Embed from Getty Images
Then and now

If you were to ask kids these days to name you a physical striker they would probably say Adebayo Akinfenwa because of his FIFA strength rating of 97. However, to be a successful big man mind games feed into the physical. The ability to gain the extra advantage through their belittling of the opposition defenders is what made the bully up front so lovable. The Harlem Globetrotters display a fun basketball performance of skills and whilst flip flaps and roulettes can be silky and smooth, football fans demand more than a mere exhibition of tricks. It is a contact sport after all.

Powerful, direct and ruthless, Diego Costa blurred the boundaries between outright bullying and sophisticated mind games. In a modern game where some defenders are finely tuned in playing out from the back, a sense of dominance from number 9s has faded. A dominance that Costa had in abundance. Óscar Ortega, head of conditioning of Simeone’s Atletico, went as far to say that “Costa’s physical strength defies logic. He’s like a bull.” Diego Simeone christened him ‘El Cholo’ (The Beast), a name that he too had been credited with. For Simeone, Costa embodied his passion as a manager, on the pitch. The figurehead of Simeone’s defensive system, Costa took defending from the front to the next level, but sadly his return to Spain has brought the end of the dominant forward role that was willing to give everything to win.

Love him or hate him, his sheer chutzpah had the ability to turn any game his way. The beautiful game’s kryptonite, his strong physicality and aggressive spirit provided an edge and the psychological battles that he created with centre backs across Europe became at times more exciting than the actual game. The big man in football is often described as basic and unsophisticated, but Diego Costa was a far cry from this. Combining his boisterously macho behaviour with scintillating football to unlock a new character in the game. It is no wonder as to why Chelsea fans gave him the nickname ‘The Guv’nor’, in an indomitable debut season at Stamford Bridge.

Netting 20 goals in both the club's title winning seasons, 2014-15 and 2016-17, Diego Costa proved that he was not just an aggressive frontman. Whilst his passion was often taken to the next level, the questionable Spaniard became a master of the fine art of ‘sh*thousery’, most notably in the Mourinho-Wenger clasico. If there was ever a player best to play the role of Mourinho in a game against Arsenal it was Diego Costa and Mourinho’s mini-me put in an Oscar-worthy performance in 2015. In a situation that “turned the game on its head”, Costa shoved his hands into Laurent Koscielny's face, wildly swinging an arm at the Arsenal defender.

A convincing performance of hard-faced villainy in which Costa forced Gabriel to, in the words of Jeff Stelling, “fall for the sucker-punch” and forced Arsenal into a hole they could not recover from. With the slight raise of a boot all his toys were thrown out of the pram, a dramatic shift from the hungry beast that had thrown Koscielny to the floor just moments earlier. Despite later being banned for violent conduct, Mourinho's “man of the match” had completed his mission and an out of form Chelsea cruised to a 2-0 victory, putting themselves back on track.

Diego Costa will forever be a household name for all the right and wrong reasons. He was the type of player that every football fan would want on their team. Passion, desire and at times brutish but intelligent behaviour, Costa epitomised the art of giving it 100%. As Eden Hazard said, he “gives his life”. For some this went too far but if it brought victory and glory to his club and his fans then Diego Costa would never change his method.

Whilst Costa didn’t quite follow the examples of Eric Cantona’s kung-fu kick or Duncan Ferguson’s brutal beating of a Raith Rovers defender, he certainly used his physical presence to his advantage. Many in the modern game would be angered by his mischievous betrayal of the laws of the game, but it is fair to say that there may never be a striker quite like ‘El Cholo’ ever again.