National Jim White Day cancelled? - The effect of COVID-19 on the transfer market 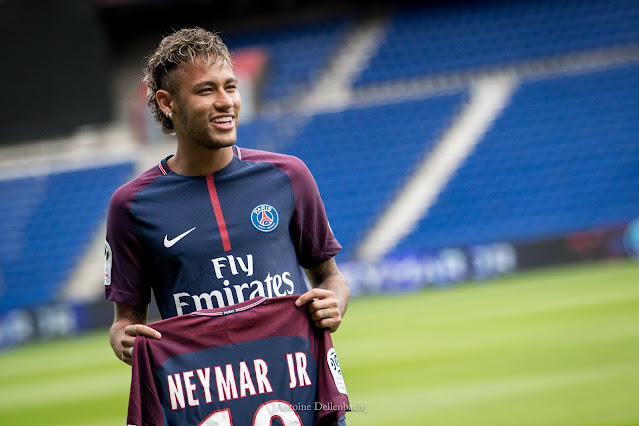 The 2020 summer transfer window was shaping up to be one of the most exciting yet. Big money moves were rumoured across the continent but now the scene has completely changed.

The devastating outbreak of Covid-19 has altered much more than just the continuation of the season. The economic turn that the sporting world has taken could damage the market for years to come. As a result the transfer window, due to open in England on June 10th, is set to be delayed and National Jim White day postponed, with the finances of clubs certain to take a massive hit.

However, with the return of the Premier League now set for June 17th, a mild sense of optimism lingers. Chelsea have shot out of the blocks with their pursuit of Timo Werner and fans will be as anxious as Peter Odemwingie in the Loftus Road car park, waiting for news of their team hopping on the bandwagon.

Football teams across the world have been dealt a heavy financial blow due to the coronavirus pandemic. Just this week The Guardian reported that Tottenham have taken a £175 million Bank of England loan. So can clubs afford to spend big this summer?

Chelsea certainly can, considering their rumoured interest in Werner and Leicester City left back Ben Chilwell. Although £60 million is a lot for Chilwell, it looks all the more when Abramovich is able to buy one of the most famous pieces of art for just double the price. However, Leicester fans would argue that Chilwell trumps Munch for artistic ability.

The game’s wealth, sustainability and support are all underpinned by the floods of fans in stadiums every week. The saying that ‘football is nothing without the fans’ proves to be very true not just because of the atmosphere but also financially. Games are now set to be played behind closed doors and with this there comes literally no income through gate receipts. Teams have either had to refund season tickets or provide a reduced price next year, adding to their losses.

The loss of matchday revenue is massive for clubs. Arsenal have the biggest reliance on matchday revenue in the league, with the £96 million made in 2018/19 from matchdays equating to 25% of their overall revenue that season. Each club will be hit differently by the financial losses that the coronavirus has brought with some clubs predicting individual losses of £40 million.

Jürgen Klopp in an interview with Sky stated: “Without spectators, we have to pay back season tickets and probably sell none next year. At least maybe without the first 10/15 games. VIP areas won't be packed and tickets won't be sold. This will have an impact on other partners and things will look a bit different.”

The Premier League is also the worst affected league in the world concerning the collapse of broadcasting rights. Sky currently pays £1.193 billion per season for 128 live games and BT Sport £295 million each year for 32 live games.

With heavy losses across all aspects of clubs, hierarchical figures in the game are certain that the inflation of transfer fees that we have witnessed in recent years is sure to stop. Clubs can no longer afford to splash the cash on high profile names and the market is likely to be impacted for years to come.

The obstruction of travel and the postponement of seasons has had a profound impact on the scouting industry. As a result teams will no longer be as willing to make conclusive judgments on foreign talent and there is sure to be a sense of anxiety concerning costly mistakes. Despite the fact that technology and data analysis now plays a huge role in the industry, statistics do not always show the full picture. The money ball approached worked wonders for the Oakland Athletics and later the Boston Red Sox in Major League Baseball. However, the attempt of Liverpool’s owners, Fenway Sports Group, to implement this through signing a statistically good crosser, Stewart Downing, to provide for statistically good headerer, Andy Carroll, was not a roaring success. Although a shrewd transfer policy has been adopted at the club there is a lot more to it than basic stats.  The need to witness a player’s abilities in a competitive environment is crucial in understanding the costs and benefits of a signing. Combined with the steady increase of player values, clubs will undoubtedly tread with caution.

A recent report from The Guardian emphasised that there will be winners and losers from the loss of extensive scouting missions. “The likes of Sheffield United and Burnley, who do not employ vast numbers of scouts but have sophisticated operations and always recruit well, look well equipped to handle what is coming.”

However these ‘smaller sides’ could lose out in other fields. The gap between big and small could widen if the more wealthy and powerful sides are able to adapt more easily. Player values could reduce and smaller sides may be forced into the sale of their top players for a reduced fee in order to cope with battling damaged finances.

The return of the Premier League is now just around the corner but the financial impact of Covid-19 on football will not be disappearing soon.